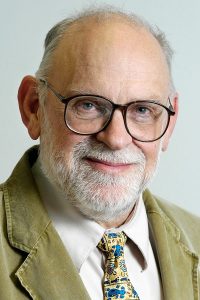 Thomas A. Lipo, our esteemed faculty colleague, passed away on May 8, 2020, after a battle with cancer.  Tom was a pioneer in the ﬁeld of electrical machines, power electronics, and machine drives, whose prolific 50-year career spanned nearly the complete history of modern solid-state adjustable-speed motor drives to date.  He was particularly distinguished by his remarkable creativity with new electric machine topologies which played a major role in the development of several important new classes of permanent magnet and reluctance-based machines widely used in commercial products today.

Tom Lipo was born on February 1, 1938, in Milwaukee, WI. He attended Marquette University, earning both B.S. and M.S. degrees in electrical engineering. He completed his PhD degree in 1968 at the University of Wisconsin-Madison under the supervision of Prof. Paul Krause, with a young Prof. Don Novotny as one of his PhD committee members.  The title of his thesis was “Lyapunov Stability Analysis of a Class of Variable Speed Drives”, a topic that foreshadowed the striking breadth of his career work extending from electric machines to drive control algorithms.

After completing his PhD degree, Tom joined the GE General Laboratory (later part of GE Corporate R&D) in Schenectady, NY, where he joined an elite group of electrical engineers who together laid much of the foundation for today’s field of solid-state power electronics and adjustable-speed motor drives.  After honing his skills at GE for 10 years in the analysis of ac machines and drives and their simulation using analog computers, Tom made the leap into academia in 1979 when he joined the faculty at Purdue University in a group led by Prof. Krause. Two years later, he completed the circle by returning to UW-Madison where he joined with Prof. Don Novotny to co-found WEMPEC in 1981.  By virtue of their combined efforts, WEMPEC grew into the highly successful university-industry partnership that it is today, with more than 80 company sponsors.

Tom Lipo, who co-directed WEMPEC for 28 years as the Grainger Professor of Power Electronics and Electrical Machines, was internationally renowned as a leading authority in the fusion of electric machines, power electronics, and drive control algorithms to form high-performance machine drives used in a wide range of industrial, commercial, and transportation applications.  During his highly-productive 39-year career as a UW-Madison faculty member, he supervised more than 120 graduate students, authored more than 700 technical papers and 5 books, and earned more than 50 patents.  His technical articles and books have collected more than 50,000 citations in the international technical literature.

During his long academic career, Tom exhibited a special affinity for international travel and collaborations with academic colleagues around the world.  He played a major role in pioneering collaborations with faculty members at academic institutions in Japan during the 1970s and China during the 1980s that were mostly closed to the West until that time.  These activities contributed significantly to opening doors that strengthened international cooperation in the power engineering field and brought large numbers of talented engineers to study and launch their professional careers in the US.  He held limited-time academic appointments at several major universities outside the US during his career including Cambridge University in England and Hanyang University in South Korea.  He also held a Research Professor position at Florida State University for the past 5 years.

Tom Lipo was an IEEE Life Fellow whose prodigious academic achievements earned him an impressive array of international awards including election to the US National Academy of Engineering (Member), the Royal Academy of Engineering in Great Britain (Fellow), and the US National Academy of Inventors (Fellow).  He received the IEEE Medal in Power Engineering in 2014, one of IEEE’s highest honors.  His long list of other awards included the prestigious Hilldale Award at the University of Wisconsin – Madison, the Outstanding Achievement Award of the IEEE Industry Applications Society, the IEEE Nikola Tesla Technical Field Award, and the William E. Newell Award of the IEEE Power Electronics Society.  He was actively involved in IEEE technical leadership activities for many years including service as President of the IEEE Industry Applications Society in 1994.

Tom Lipo led a rich professional life that crossed the boundary between industry and academia in a uniquely productive way that touched the lives of thousands of students, engineers, and faculty colleagues.  His impressive record of technical accomplishments represents a remarkable legacy that will live on, influencing the professional careers of power engineering students in WEMPEC and beyond for many generations to come.

If you would like to share an expression of sympathy or tribute with Dr. Lipo’s family and his many international colleagues and friends, we recommend that you use Caring Bridge.