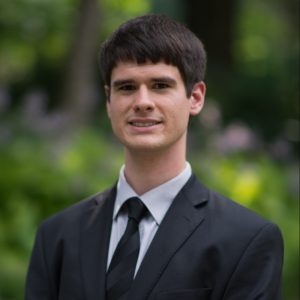 Anyone meeting a young Jonathan Snodgrass would have assumed he was headed toward an engineering career. He constantly played with toys like K’Nex, Lego sets, robotics, and circuitry kits. In junior high and high school, he began assembling and troubleshooting computers.

Although he originally pursued electrical engineering to study computers, he discovered a love for power engineering, which combines his interest in circuit analysis with his childhood love for mechanical and electrical gadgets.

After graduating from Texas A&M in 2012, he worked as an electrical design engineer for Zachry Engineering in Amarillo, Texas for two years, working on natural gas combined cycle power plants. He then returned to A&M in 2014 to earn his master’s degree before beginning his PhD work at UW-Madison in 2016.

Currently, Snodgrass is working with Professor Emeritus Chris Demarco and Professor Bernard Lesieutre’s research group, creating new and efficient ways to determine the best locations to install new power lines in the electric grid. The team is using two different optimization approaches and exploring the benefits of using a quadratic function to model power flow in the power system.

When he’s not modeling power systems, Snodgrass enjoys hiking, biking, backpacking, camping and whitewater kayaking in any weather above 5 degrees.

After graduating in May 2021, he hopes to continue in academia, and says he would like to teach and mentor the next generation of power engineers while pursuing his own research projects.