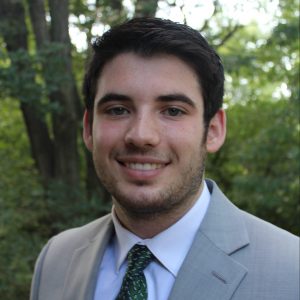 Shea Niccum of White Bear Lake, Minnesota, was drawn to math and science at an early age and always liked trying to figure out increasingly complex problems. It wasn’t until he was old enough to fully understand what his father, a mechanical engineer, did that he realized he also had an engineer’s mind. “It’s all about using methods and processes learned in order to solve real-world problems,” he says. “I knew it was the right career path for me.”

One real world problem in particular led him power engineering: climate change. He knew he wanted to go into a field where he could contribute to technologies to mitigate climate issues. In particular, he’s interested in improving renewable energy integration with the grid, whether that’s by making those technologies fit in the current infrastructure or by rethinking the grid entirely.

Niccum interned with Ulteig Engineers for two summers, upgrading substations and designing new ones. An outdoor enthusiast, he enjoys hiking, biking, fishing and cheering on the Badgers.

After graduating with a bachelor of science degree in electrical engineering, Niccum recently began a master’s in energy and power systems at UW-Madison. After completing that degree, he hopes to work in the green energy industry.