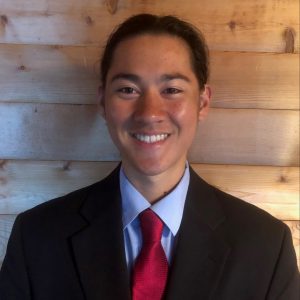 While other kids were flipping through comic books, Jacob Ng of Wauwatosa, Wisconsin remembers reading MIT Technology Review and being fascinated by all the new inventions and innovations being developed. “Engineering,” he says, “seemed like a practical, engaging path toward building the future.”

In particular, he was drawn to power engineering after learning about renewable energy. “Harnessing energy from the sun,” he says, “seemed like an elegant, obvious way to power society,” and he says he was “intrigued by the possibilities that could be unleashed by unlimited energy.” “Power engineers,” he says, “have an opportunity to shape that future by redesigning the current energy system and power grid.”

During his undergraduate education, Ng was on the executive board of the student organization Energy Hub, which provides students a forum to explore alternate energy sources through tech talks highlighting renewable energy research and field trips to sites like biodigesters and wind farms. He also spent two years as a RE-volv Solar Ambassador, helping to raise funds to cover the cost of a solar installation for the Madison nonprofit Project Home.

As a trip leader for the Hoofers Outing Club, he has led his fellow students to many of the places renewable energy could help safeguard, including trips to northern Wisconsin, into the Boundary Waters, Pictured Rocks, and Moab.

In summer 2018, Ng interned at the Madison company SeventhWave, using modeling to help analyze the energy efficiency of 12 construction projects. In 2019, he interned with the distributed systems and storage group at the National Renewable Energy Laboratory in Golden, Colorado. There, he worked on a co-simulation approach to modeling distributed photovoltaic power on a grid network.

Ng will graduate with a bachelor’s degree in electrical engineering with a certificate in engineering for energy sustainability in May 2020. After that, he hopes to find work in power systems design, renewable energy integration or photovoltaics materials research. He hopes to pursue a graduate degree after narrowing his interests.