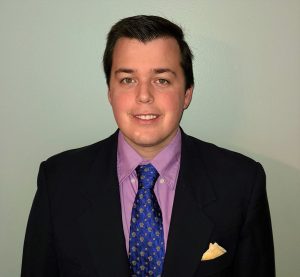 For Fotios Emery, who considers Athens, Greece, and New Berlin, Wisconsin, his hometowns, an early interest in engineering sometimes got him into trouble: he was constantly taking apart, fixing and trying to improve things around the house. But as he grew, he realized engineering could be used for good. “My aspiration to become an engineer was solidified when I realized how incredibly noble and humbling it is to use your knowledge and passion for science to ameliorate peoples’ lives through your work,” he says. “I wanted to be part of the solution!”

Emery discovered power engineering his junior year when he began work as a research assistant for WEMPEC, and that passion increased after volunteering as the electrical engineering lead for the WiscWind team, which designed a model wind turbine for a competition sponsored by the U.S. Department of energy.

Besides WiscWind, Emery is involved in the BRIDGE program, a university international friendship program. In addition, he also spends his free time learning languages and is fluent in four languages.

He has participated in a coop with Extreme Engineering Solutions, Inc. developing, testing and debugging power converters designed for extreme conditions and with Leonardo DRS working on power systems for naval warships and submarines.

After graduating in May 2021 with a bachelor of science degree in electrical engineering, Emery will join ABB’s prestigious Engineering Leadership Development Program, a two-year intensive leadership program in which he will rotate between projects in four states. He also plans to take master’s-level courses in power engineering at the same time.