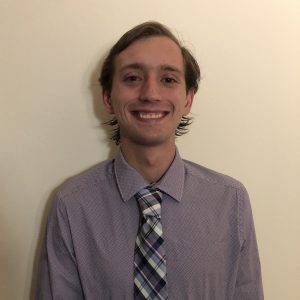 At his core, Dakotah Barnes is a problem solver. That’s what got the Germantown, Wisconsin native interested in engineering, which, he says, “feels like an effort to solve larger, more complex problems.”

That’s what also drew him to power engineering, and he says the larger scale of the applications in the field were the types of projects he wanted to dedicate himself to.

During his undergraduate studies, he worked during the week at Meridian Laboratory in Middleton, Wisconsin, a firm that designs and manufactures automation components for machines around the world. Barnes was also a member of the Badgerloop team, an organization made up of primarily undergrads that worked on designing a pod for the SpaceX Hyperloop competitions; teams from across the world developed designs for the innovative transportation system and competed against one another. Barnes worked on building the battery and battery management systems for the pod, which competed in the Hyperloop competition at SpaceX headquarters in Hawthorne, California.

In his free time, Barnes enjoys camping, hiking and snowboarding. He also works on his own engineering projects as well, like building a working arcade cabinet.

After graduating in May 2019 with a bachelor’s degree in electrical engineering, Barnes began working full-time at Meridian Laboratory where he coordinates all product testing and works on testing and design for new and upcoming products like high amperage rotary grounds and high-speed, high-voltage brushless slip rings.