Prof. Tom Jahns has announced that he will retire from his active faculty position at UW-Madison on June 30, 2021. 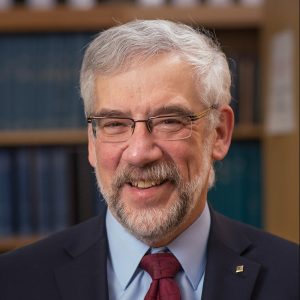 Prof. Jahns joined the UW-Madison faculty in 1998 as the Grainger Professor of Power Electronics and Electric Machines. During his 23-year career at UW-Madison, Prof. Jahns has been making pivotal contributions to power engineering research in the Department of Electrical and Computer Engineering and served as Co-Director of the Wisconsin Electric Machines and Power Electronics Consortium (WEMPEC), the largest academic/industry partnership in its field.

Prof. Jahns arrived at UW-Madison with a background that included experience in both industry and academia. After earning his PhD in electrical engineering from MIT in 1978, Prof. Jahns served as a senior engineer at Gould Research Laboratories, and then went on to serve in several engineering research positions during 13 years at GE Corporate Research and Development. From 1996 to 1998, he returned to MIT as a Senior Lecturer and Co-Director of the MIT Consortium on Advanced Automotive Electrical/Electronic Components and Systems. During his early years at UW-Madison, he served as the thrust leader for electric motor drives research in the Center for Power Electronic Systems (CPES), an NSF-funded Engineering Research Center led by Virginia Tech.

An expert in power electronics, electric machines, drives, and power conversion, Prof. Jahns has conducted research in a wide variety of areas ranging from the development of high-performance permanent magnet machines used in nearly all hybrid- and battery-electric vehicles to the integration of distributed renewable energy sources and energy storage into the utility grid system using microgrids. During recent years, he has focused his research in the areas of integrated motor drives and electrified transportation, merging both of them together in the development of high-power-density MW-class motor drives for future aircraft electric propulsion systems.

Prof. Jahns has been honored with numerous prestigious awards throughout his career in both academia and industry.  He became an IEEE Fellow in 1993 and received the IEEE Nikola Tesla Technical Field Award in 2005 “for pioneering contributions to the design and application of AC permanent magnet machines”.  Prof. Jahns has been very active in IEEE, including service as the fourth President of the IEEE Power Electronics Society during 1995 to 1996 and an elected member of the IEEE Board of Directors from 2001 to 2002.  He was elected as a member of the US National Academy of Engineering (NAE) in 2015 and received the prestigious Hilldale Award in Physical Sciences from UW-Madison in 2020 honoring his lifetime achievements.

Not unlike other WEMPEC Professors Emeriti, Prof. Jahns has announced that he intends to find ways to stay active in the WEMPEC community and continue making technical contributions in the years to come. We wish him the best as he embarks on the next chapter in his professional and personal life.

The ECE Department will be launching a search during coming months for a new faculty member with expertise in the WEMPEC fields of technical interest including electric machines, power electronics, and drives. The ECE Department also announced the addition of two new faculty members in the area of wide bandgap (WBG) semiconductor materials, device design, and fabrication, offering excellent opportunities for collaboration with WEMPEC faculty.

As WEMPEC celebrates its 40th anniversary year, our faculty are working closely with the ECE Department and the College of Engineering to implement strategic initiatives to grow our programs in education, research, and technology that will ensure our continuing leadership in the areas of electric machines and power electronics.