Greetings to all of our WEMPEC sponsors, alumni, and friends! 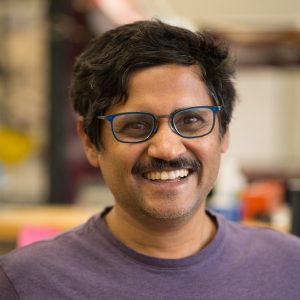 There is an important change in the WEMPEC leadership that I am pleased to report.  WEMPEC faculty members have unanimously agreed to appoint Prof. Giri Venkataramanan as a WEMPEC Co-Director.  Giri and I will henceforth share the same Co-Director title.  There are several reasons why we all are confident that this is the right thing to do.  Most importantly, sharing leadership responsibilities with Giri will help WEMPEC operate more efficiently and effectively in response to the many events that need director-level action and decision-making.  Giri’s insights and suggestions complement my own approach to key issues very well, and I am convinced that WEMPEC will benefit in many direct and indirect ways from his assumption of more leadership responsibilities as a Co-Director.  In addition, this new configuration with two Co-Directors is consistent with WEMPEC’s leadership structure ever since its founding 40 years ago.  I hope that you will join me in warmly welcoming Giri as a WEMPEC Co-Director!

Thanks again to all of you for your invaluable support during the past year, and we look forward to another year of fruitful interactions and partnership with all of you during 2021!

Dynamics and Control of AC Drives