"Since its creation in 1981, it is our vision for WEMPEC to be a lifelong hub of a worldwide network of engineers who are dedicated, passionate, and active in all facets of power electronics and electromechanical power conversion and their applications."

WEMPEC has a research focus in three major areas: Advanced Machines, Power Converters, and Controls & Sensor Technology. Significant investigations are conducted in other areas as well. The objective of faculty and students is to perform the highest quality, long-term research that results in technology advancements which lead to future industrial growth.  WEMPEC research seeds long-term technological developments and discoveries that are years ahead of commercially available products. WEMPEC leads the world in pushing the envelope in machines, converters, and controls in unique synergistic relationships to achieve new and innovative technology.

The faculty at WEMPEC has established a comprehensive curriculum in the electrical machines and power electronics field that serves students at the university as well as engineers already established in the industry. Courses for credit are offered on campus and digitally through the Online Degrees & Capstone Certificates, and are complemented by short courses and tutorials that are offered periodically on campus or on-site at our corporate sponsors. Teaching efforts have been further enhanced through the establishment of a world-class teaching and research laboratory. An outstanding group of graduate students and visiting scholars have established an internationally recognized level of excellence in their research contributions. Industrial interest in the WEMPEC research program has been maintained by a concerted effort to keep projects relevant to long term industrial needs.

The enabling nature of power electronics and its impact on factory automation, robotics, transportation, energy efficiency, electric automobiles, residential and commercial appliances, alternative energy and power distribution as well as computers other electronic equipment is well known and becoming increasingly recognized. WEMPEC, with the cooperation and support of its industrial sponsors, continues to play an important role in bringing new generations of power electronics and electric machine technologies to fruition.

WEMPEC maintains a focus to provide efficient technology transfer to sponsoring companies. Through sponsored research projects, graduate internships, seminars, research reports, technology review meetings, poster sessions and in many other ways, WEMPEC continues to serve our constituents by transferring technologies developed in the research lab to our corporate industrial sponsors. 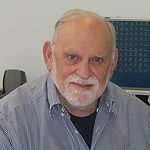 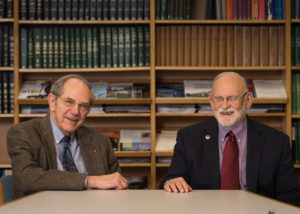 The idea of an industrial support organization and the subsequent creation of WEMPEC with the help of people like Norb Schmitz, Ken Phillips, and others has been one of the most satisfying and rewarding experiences of our lives. When we founded WEMPEC in 1981, little did we know that this consortium of companies supporting our research may likely outlive us.

Maybe WEMPEC and the WEMPEC plan was a very good idea at exactly the right time, but the long-term success we celebrate at the 35-year mark owes everything to the dedication and hard work of the faculty, students, staff, and sponsors who have chosen to be part of the WEMPEC family. Over the past 35 years, our students and visiting researchers have contributed to literally every nook and cranny of the power electronics motor drive world. We are extremely proud of them and what they have accomplished both at UW–Madison and at their present places of employment in industry and academia.

The WEMPEC organization has been crucial in providing us the support and incentive to carry out the work we love, and we both are content with the fact that we have left WEMPEC in good hands. We thank all of you for your part in making reality bigger than our dreams. Long live WEMPEC!

Since its founding in 1981, WEMPEC has become a global hub for excellence that continues to make pioneering contributions to research, education, and professional service in our field of electric machines, power electronics, and drives. …